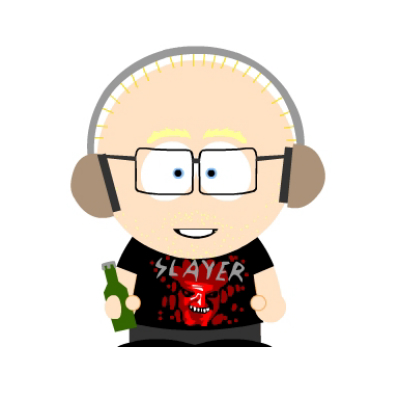 JD Pleks is the ‘main man’ around these here parts, and under this guise I play techno, techhouse and electro. You might catch me playing a bit of house every now and then as well.

DJ Skelp plays hardhouse, hardcore and most other stuff with ‘hard’ as a prefix or ‘core’ as a suffix.

Span Decks is my 80s alter-ego. Disco, electronica, rock, pop – it all goes into the big ole melting pot and out the other side comes a party. With added cheese!

I am DJ Skelp aka JD Pleks aka Span Decks. I am a DJ based in Glasgow, Scotland, and have been DJing since 1997. I started off back then (as everyone had to) as a vinyl DJ, cutting my teeth on hardcore and trancecore. After a (hazily) memorable night at Wilkie House in Edinburgh where the headliner was the late, great Tony De Vit I decided that my future lay in hardhouse. I quickly discovered that I (unsurprisingly given my penchant for hardcore, death metal and punk) was drawn to the harder end of the (very wide) hardhouse spectrum. Over the next few years I played my uncompromising sets filled with the hoovers of producers like Karim, RR Fierce, Paul Glazby, Eufex and OD404 at some of Scotlands best hard venues like Joy, Drum, Calton Studios, The Venue etc. as well as getting regular fun trips to places like Amsterdam (to play for HQ at Melkweg), Northern Ireland (Subculture at Bar 15) and London (Milk, Zoology, Redtrip). A few residencies were picked up and dropped along the way for events such as Ivy, Rampage, Hard Attack and Factor 9. Also during this time I co-ran a very enjoyable night in a pub basement in Aberdeen, which we called Triple Bass, and there we had the freedom to play anything we wanted, when we wanted. It was the only place where you might hear gabba at 9pm and prog trance at 10!

I was never one for sticking to one genre of music, so I found that even through the height of the hardhouse era, I kept finding myself at techno nights and buying the odd techno track and fitting them into my sets where possible. The size of my techno collection grew steadily, until I found myself buying as much techno as I was hardhouse. At this time I started to get a few pure techno bookings and then in 2005 began what turned out to be my favourite residency ever, Dan-Sin in Aberdeen. Here I played only techno every month, and it was brilliant – great crowds, great atmosphere and great people I worked alongside. Some people would turn up expecting hardhouse, so I decided to adopt my sometime alter-ego JD Pleks as my stage name when playing techno, keeping DJ Skelp only for the hard stuff! At Dan-Sin, I got to play alongside some of the most talented DJs in the emerging East European scene like Umek, Marko Nastic and Valentino Kanzyani. After 2 years we wound up the night on our second birthday with non-other than Dave Clarke. What a way to go!

From about 2010 onwards I have come full-circle and I am now a ‘Bedroom DJ’ – I have been creating different styles of mixes and sharing them on here, as well as some guest mixes for other people and sites.

In 2020 I was diagnosed with Hyperacusis (sensitivity to loud noises) and ‘Hearing loss associated with exposure to loud environments’ (I wonder what could have caused that???) which has curtailed my mixing adventures somewhat – I am exploring ways in which I can continue to create mixes and hopefully will have some news on that soon. In the meantime I have been indulging in another of my obsessions, which is horror / genre movies – not one to just be happy consuming, I have started a separate blog abut this, and you can have a look at it here, if that’s your sort of thing!