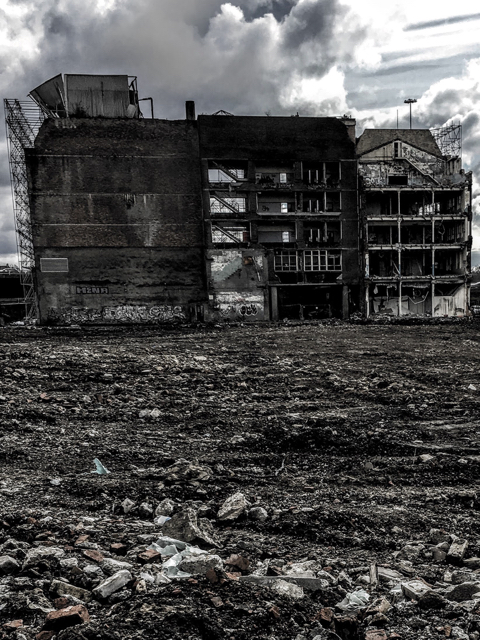 Exit Festival, Novi Sad Serbia – early Saturday morning on the 9th of July 2016. I had an epiphany. According to Google, an epiphany is defined as:

Now I had drunk a fair amount of rakija before getting there, and had also been availing myself of the surprisingly decent local red wine on offer inside the festival (served in plastic glasses, from a plastic bottle – I didn’t think it would be drinkable, never mind dangerously tasty!) but it still wasn’t enough for me to have the first kind in the definition! No, it was a realisation that I had lost my way as a DJ, and that by indulging my love of many styles of music in my DJing, I was confusing myself and also not progressing my skills with my new digital setup.

Let’s rewind a little bit. I am THE most annoying person to be at a DJ gig with. I am constantly analysing (more accurately criticising) the music, the mixing, the EVERYTHING, and I like to share my valuable(!) insights with everyone who is with me, especially the extremely patient Mrs Skelp. On the night of my epiphany, where we were enjoying sets by Dasha Rush, Moritz von Oswald, Zadig and Psyk as part of a ‘25 Years of Tresor’ celebration at the No Sleep Novi Sad stage, the aforementioned Mrs Skelp turned to me and said ‘You must be REALLY enjoying this’ – I agreed with her, and asked her how she was so sure – ‘You haven’t been giving me the usual running commentary’ was the reply. A spark went off in my wine-soaked brain. She was, of course and as always, correct. I was in my musical element – everything was in the correct place – the energy, the layering, the progression, the EVERYTHING. At this point I remembered that nothing (in the world of DJing for a dancefloor) hits the spot for me quite like well put together, well produced, hard techno.

So what, you may ask. Why am I waffling on about this? Well, on my return to Glasgow, this realisation stayed with me, and came to the decision that I was going to act on my epiphany, and concentrate my efforts into a single style for the next while, returning to the methodology I had when I was playing out regularly – following the releases of the style I play on a weekly basis, and recording regular mixes of only this style. This is the first in this series – it is all tunes that I have purchased since returning from Exit, and it is a set that tries to capture a little bit of what it was on that warm night in Serbia that made me just shut up and dance!